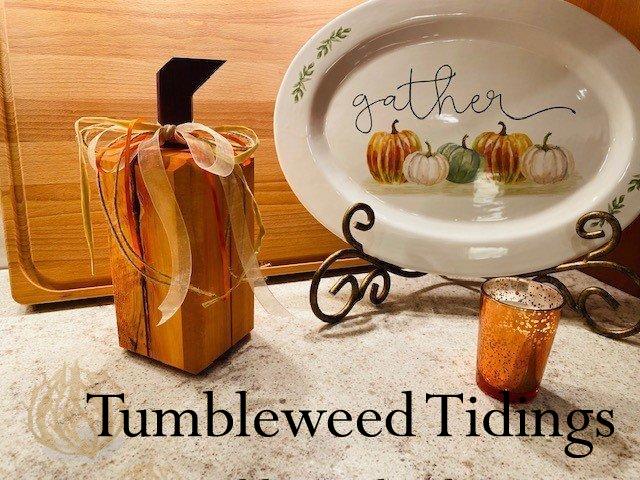 Do you remember the television show I Dream of Jeannie? It aired from 1965-1970 and the premise was that an astronaut named Tony, played by Larry Hagman before he became J.R. on Dallas, lands on a desert island and finds a bottle on the beach. When he touches the bottle, the lid comes off, and out comes Jeannie in a puff of smoke.

Played to perfection by Barbara Eden, Jeannie immediately gives him a kiss, and then grants him his first wish of sending a rescue helicopter. Before leaving, he puts Jeannie back in the bottle to leave on the beach, but having had her “love at first sight” moment with Tony, she was not going to be left behind. She rolls around in the magic bottle, gets it into his duffle bag, and follows him home. You may find this hard to believe now, but at the time, this all seemed entirely plausible to me:) You may also find it hard to believe that there was a huge flap about the fact that her Jeannie costume could not show her navel. I think we can all agree that television has changed just a little since then…

Anyway, once they get back to California, Tony discovers the bottle, and from then on, the normal mayhem of an astronaut living with a genie ensued. Any time Jeannie wanted to make something magically happen, she would cross her arms, blink, and nod her head. “Your wish is my command.” Poof!! It would happen. Television was, by today’s standards, fairly corny with genies in bottles, a talking horse, a talking car, and people stranded on Gilligan’s Island. Life was so simple in the 60’s, and I feel lucky to have grown up in such an idyllic time.

In a case of serendipity, the same day I wrote this post, the news had a story that Barbara Eden, now age 90 and cute as ever, has written her first book, a children’s story about a genie. Here is the link if you are interested: ‘I Dream of Jeannie’ Star Barbara Eden Releases New Book at 90 Years Old (msn.com)

So why, you ask, am I talking about I Dream of Jeannie? Because in my life, there are times when I figuratively cross my arms, make a wish, and rather than me having the magic powers, my husband just makes it happen. Poof!

Two recent cases in point. We just returned from a trip to New England, and while there, I spotted a couple of cute decor items in the shops I visited. The first, was a cast iron bird sitting on top of a piece of wood. It was a simple rectangle, whitewashed, and the bird was glued on top. One of the things I liked about this piece was that it elevated the bird somewhat, giving it more presence.

So I crossed my arms, blinked, and my husband went into the garage and found a piece of scrap walnut. “Your wish is my command.” He 45’d the corners, and using E6000 glue, attached a cast iron bird I already owned to the top. Poof! I had a very close facsimile of the one I saw in the shop, and the walnut goes better in our home than the whitewashed, so it worked out great.

The second thing I was seeing all around New England were these cylindrical “pumpkins” on porches, in stores, and in restaurants. They were basically a fence post cut into lengths with a piece of wood on top to resemble a stem. The only thing that really made them look like pumpkins was the fact that they were painted orange.

Crossing my arms and nodding my head, it was out to the garage again for my hubby. He found a length of white cedar left from a previous project and we measured it out to get three staggered heights. After that, I went in the house and left him to do his magic. He ended up softening all of the edges at a 45 degree angle, and cutting a channel up the center of each side to replicate the indents of a pumpkin. In other words, he was trying to make these fence post pieces look more pumpkin-ish:) Yes, I know that’s not a word…

Next, he found three pieces of scrap walnut and cut them into stems. Then he attached a dowel to the bottom of each stem and drilled a hole in the top of the pumpkin to hold the stem. The stem could be glued in, but I am going to keep them unglued so I can remove them for easier storage.

The final step was for me to paint them orange. I did this using my acrylic paint set, and watering the orange paint down considerably so the woodgrain and imperfections would show through. To protect the surfaces in case I want to put them outdoors, I also put a light coat of matte poly on each one. An embellishment of raffia twine around the top of each pumpkin and they were done.

If you don’t have spare wood laying around, these projects could easily be accomplished by having the Home Depot cut wood to your desired lengths. They do this all the time. For free! For the bird project, then all you would need is a bird to attach to the top, and for the pumpkins, you could just glue a piece of wood or even a real pumpkin stem on top, and paint them out.

One of the things I love about visiting shops and looking at Etsy is to get inspiration. Then we try to “get the look for less” by making items using things we already own, and reinventing them into new decor pieces for our home or as gifts. I couldn’t be happier with how these two projects turned out, and what I love most of all is how my husband takes the concept and always makes it better than the original item I had seen.

For now, it’s time for this genie to go back into her bottle until inspiration strikes again. In the meantime, happy fall everyone!