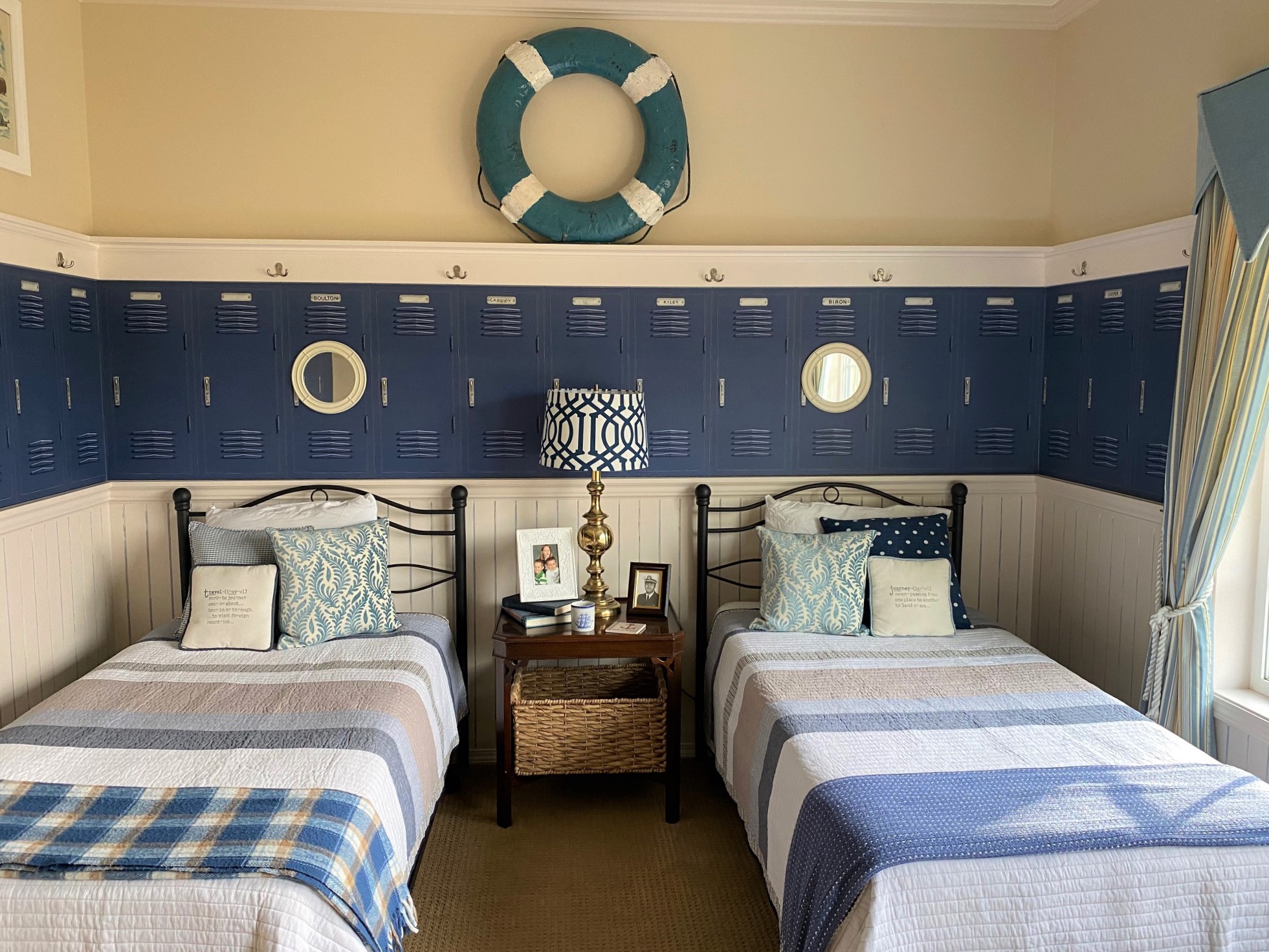 Happy Thanksgiving week to you and yours from Tumbleweed Tidings. We are hosting a small group of family members this year and the shopping is done, the house is clean, and I suddenly find myself with time to write a short blog about some changes we recently made to one of our guest rooms.

Almost 16 years ago, we moved into our second house in Hawaii, and it had not one, but two guest rooms. That sounds like a lot, but in Hawaii, you tend to get visitors and those guest rooms fill up quickly. To outfit this small room, I wanted something that could sleep one, but more if necessary. A neighbor was selling a day bed with trundle, so we purchased it. When the trundle was pulled out and popped up, it configured into a king size bed or two twins that could be separated. Perfect for what we needed at the time.

About a year later, one of our daughters and family, including a four-month-old granddaughter, came to live with us while she finished her last bit of college at Hawaii Pacific University. Mom and dad took one guest room, and the smaller room became a nursery with both a crib and daybed in it. About a year later, another daughter moved to Hawaii to live with us, so she took the daybed room and our granddaughter moved in the larger room with mom and dad. Are you with me so far?

The somewhat creaky daybed became our youngest daughter’s bed for the next year until she decided to move back to the mainland. This might be a good time to interject that living in Hawaii sounds idyllic, and in many ways, it is. But unless everyone you know and love lives there, it is easy to get homesick. During our six and a half years there, we were lucky to be able to return to the mainland to see family and friends a few times a year, but if you don’t have that ability, it can become a little isolating. Okay, back to the daybed:)

Once back in Washington, the daybed became the primary sleeping spot in what we called the grandkids room. This room had blue locker wallpaper on the walls when we moved in and since I really liked it, it stayed. With the palette already set with the wallpaper, this room was a natural place to display some of my retired Navy husband’s nautical pictures and memorabilia. It also has a table for drawing, puzzles, and game-playing, with four chairs, which works for the grandkids.

For the past twelve years, the room has been where our out-of-town grandchildren stay when they visit, where they once played with toys and colored, and now go to use their electronics. It has worked out fine, but the grandkids are getting bigger, and I felt it was time to upgrade to twin beds that don’t creak and provide a little more separation while sleeping. I sold the daybed, and we purchased two black metal headboards, new twin box springs (we kept the top mattresses from the daybed and trundle), and Nautica comforters. Everything else was reused from the daybeds.

This was an easy change, didn’t cost much, and made a nice, functional difference in how the room works. With its south-facing exposure and three windows across the front, the room is almost always bathed in sunlight with a lovely view out to the neighborhood. The grandchildren have made one visit since we got the twin beds, and gave it two thumbs up so I think this is going to work out well. Often, it is easy for me to get stuck and keep rooms the same way, year after year, long after they have lost their functionality. Taking a fresh look to see what was not working gave me just the nudge I needed to make the change. Now we are officially #twinning and loving it.

Good tidings and a blessed Thanksgiving,