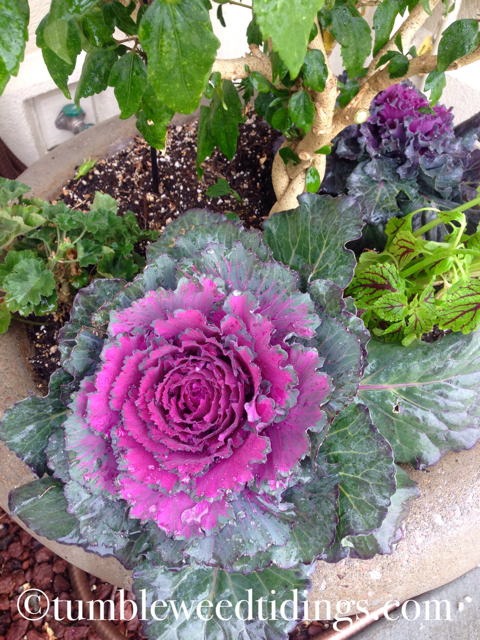 Welcome to the End of the Month Musings for September 2018, or as it’s also known, the time when I ramble on and on about some of the highlights of the month in tumbleweed territory.

Fall Decorating    Once the calendar turns over to September, as far as I’m concerned, it’s FALL!  Finally, my favorite time of year has returned. The air is crisp, the nine grandkids are back in school, the leaves are changing, and it’s time to put out some fall décor. A few simple pillow changes and a new entry wreath and I was done. There will be a few more additions as we move through the season, but “keeping it simple” is where it’s at for me this year. 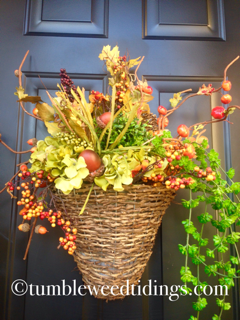 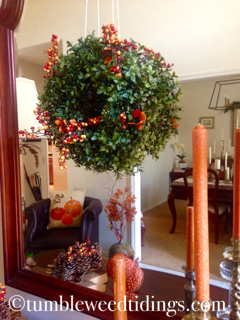 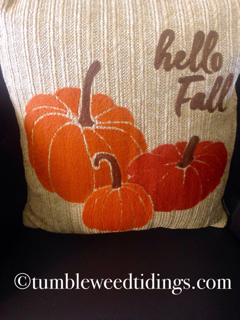 Travel   We took a nice break in September and joined our oldest son and his wife on a Canada/New England cruise in celebration of her 40th birthday. Once your children are grown and gone, it is rare to have this much quality time together.  We enjoyed visiting so many beautiful churches and cathedrals, as well as the rich history with ties to everything from the Titanic to Ann of Green Gables.  Montreal, Quebec City, Halifax, Prince Edward Island and Bar Harbor, Maine were highlights, as well as getting our lobster “fix” for the year! 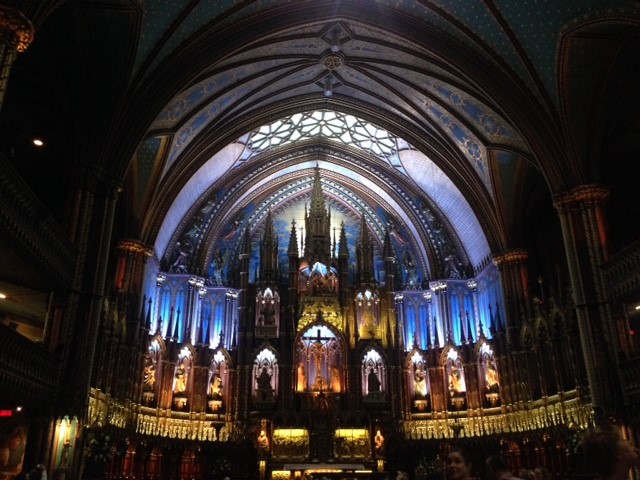 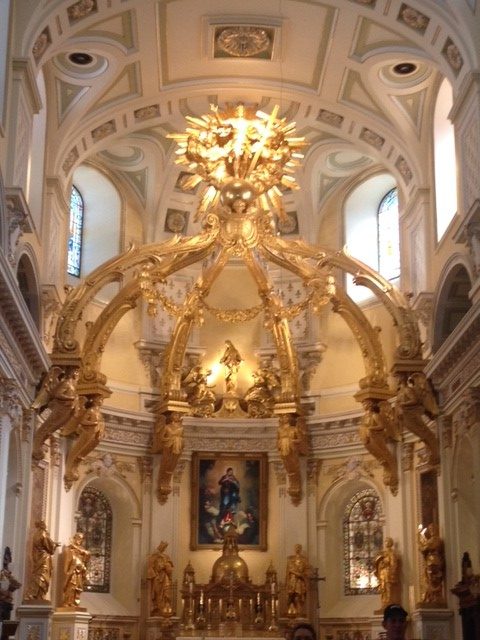 Check it out!   After returning home from the cruise, it was time to take care of our bodies with some exams and a little carb reduction!  (Yes, eating the Canadian favorite Poutine, which is basically French fries smothered in gravy and cheese curds, may have taken it’s toll.)  My husband and I began a modified low carb diet that makes us feel better and has resulted in the loss of a few pounds. It was also time for my annual mammogram, and a few days later we went in together for a full body scan at the dermatologist. Next came my annual physical and , semi-annual teeth cleaning.  Next month is the colonoscopy.  Whew!  Although all of this poking and prodding isn’t much fun, as we age we feel a particular responsibility to keep everything in check. 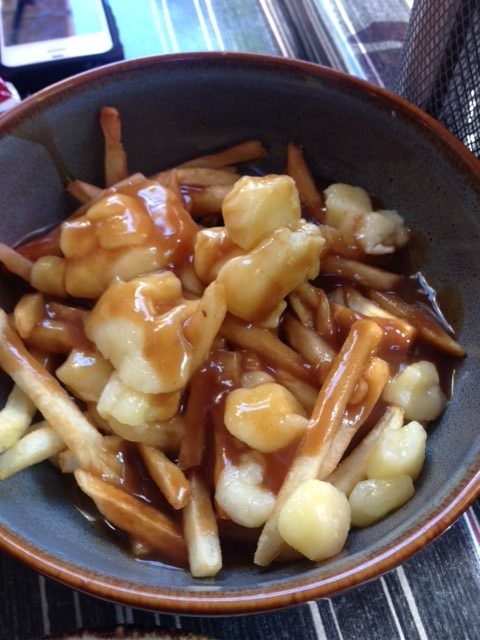 Poutine at a French sidewalk café in Montreal, Quebec.

Condo Reveals   In September, I was also able to post the first two of three condo decorating reveals that I had done in late August. Sometimes when you are in the middle of a large project, fatigue and concentration can take away the ability to admire the end result. It is only afterwards, when you look at the pictures, that you realize it turned out like you had hoped.  It was such a fun project, I am hoping we can collaborate again in the future. 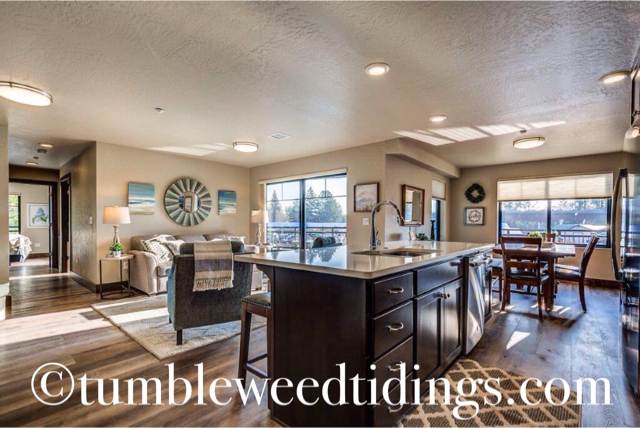 Planter Refresh   This year, I made a vow to refresh and clean out all of my pots and planters in September. Most years, the  plants are still blooming in late September, so I leave them in. Then we get a sudden freeze, and I’m out there shivering in the wind, pulling out dead geraniums and slimy impatiens.  Not fun.  So last week, while the weather was still lovely, I removed all of the foliage from the pots in the back yard, and did a refresh in a couple of pots by the front and side doors. By removing some items, pruning up others, and adding some colorful kale, the pots look fresh and seasonal.  Later on, I typically add some white and orange pumpkins tucked in with the kale, which gets us through October and November. 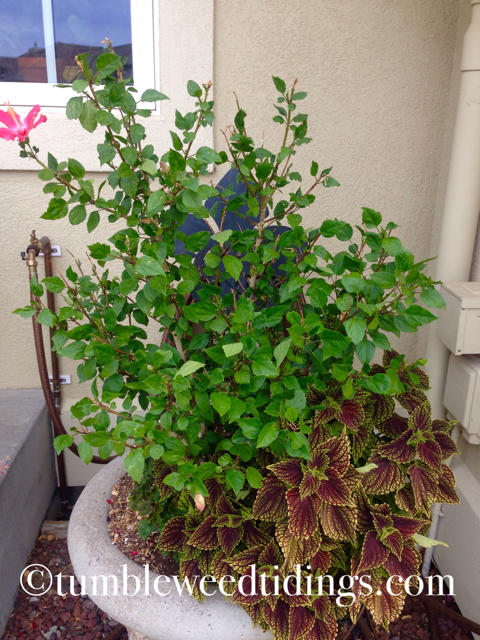 Planter “before.”  Kind of sad and overgrown. 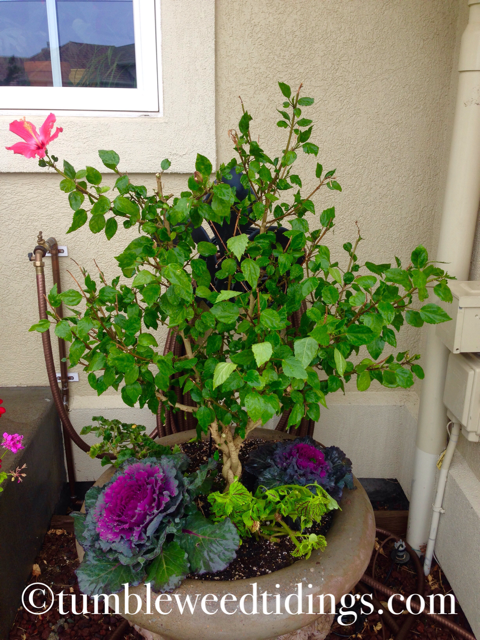 Planter “after” looks fresh and ready for the season!

Cleaning Out    September has also been a time of cleaning out some closets and cupboards.  Spurred on by our upcoming church patio sale the first weekend in October, I systematically went through several areas finding things to donate.  In a rare “reality check” moment for me, I realized that even if I never eat another carb in my life, I will not likely fit into those cute Hawaiian skirts and work suits I used to wear.  And even if I did, are mini skirts and Dallas style shoulder pads really appropriate today?  At age 64?  Um, don’t answer that. 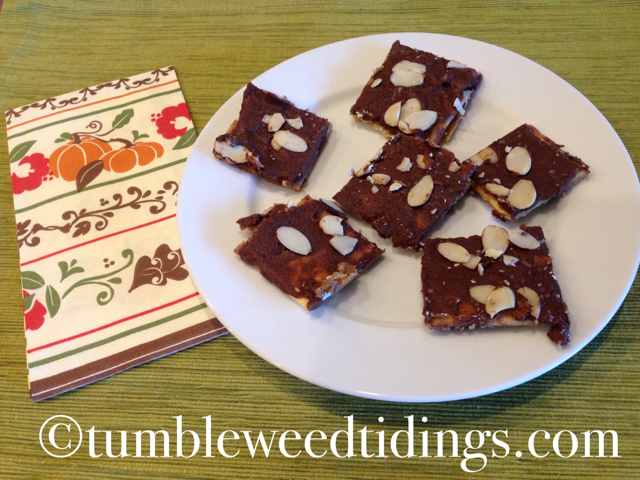 Celebrations and Planning Ahead   Finally, September has been a month of planning and celebrations. Planning has been done for the upcoming months here at home, as well as in the blogging world. When you blog, it is not uncommon to be thinking about Christmas when it isn’t yet Labor Day.  But I am not alone in this regard.  I was in Hobby Lobby and Costco this week, and they have all of their holiday merchandise out already, which actually seemed a little surreal.  So, I’m working on some new ideas for hostess gifts, holiday decorating ideas, and tasty recipes that will be the subjects of upcoming posts. 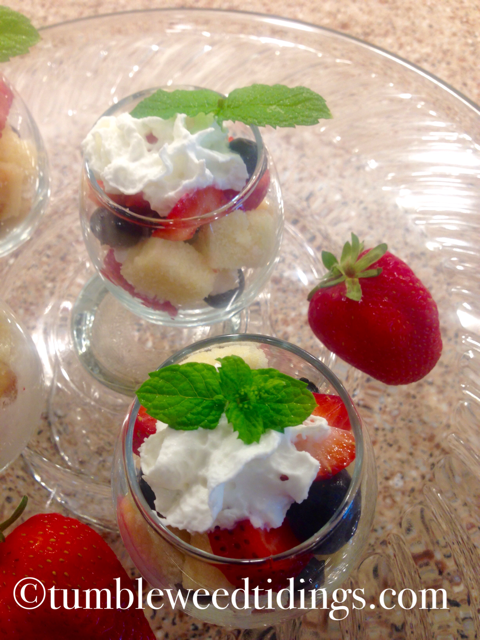 September was also a time of celebration for some very special people in my life. My mother turned 87, my aunt turned 80, and one of our daughter’s-in-law turned 40. It is important for us to embrace each of these milestones, and never take the fragility of life for granted.

I hope each and every one of you had a wonderful September, and are enjoying the colorful changes that make this time of year so special!